Ahad Shahbaz has directed and overseen over 30 programs on several university campuses in the U.S. and abroad. Inspired by John F. Kennedy’s global message of helping and learning from the world through the Peace Corps program, he began his career in teaching and learning with the Peace Corps in Afghanistan and subsequently continued with coordinating the Teacher Corps/Peace Corps language and cross-cultural project at SUNY/College at Buffalo. Having completed his tenure at SUNY/College, he taught English as a second language at SUNY/Buffalo followed by directing the Office of International Student Affairs at Snead State College in Alabama. His incurable addiction to language and culture subsequently took him to Saudi Arabia to set up the Ohio University intensive English program in Taif, Saudi Arabia. An active participant in multiple organizations, he served EnglishUSA (formerly American Association of Intensive English Programs) as its first elected Vice President for Standards; Carolina TESOL as president; the Commission on English Language Program Accreditation as a task force member; and NAFSA: Association of International Educators as a multi-year presenter on leadership, management, and cross-cultural training. He obtained his BA in Liberal Arts/Linguistics from SUNY/College at Buffalo and his MA in Teaching English to Speakers of Other Languages from SUNY/Buffalo. Committed to transformative education through project-based curricula, he currently oversees U.S. and international programs focusing on academic preparation, language learning, and cross-cultural training.

David Parsons has had extensive experience in teaching, research, and administration. Prior to joining INTERLINK, David directed a Kellogg Foundation-sponsored program on agriculture in the liberal arts: “Food, Peace, & International Development” at Wilmington College of Ohio. He has taught ESL and conducted cross-cultural research in Algeria. Since 1986, he has worked with INTERLINK as teacher, assistant director and director of two different campus programs. As former president of Carolina TESOL, he has been active in the region promoting standards in ESL programs. David holds a B.A. in History and Math from Guilford College; an M.A. and a Ph.D. in Anthropology from Northwestern University; and a MAT in English as a Second Language from the School for International Training. He speaks fluent French and is familiar with Arabic and Russian.

As the president of the American Consortium of Universities, David Woodward brings a wealth of significant experience in global business, international program administration, language education, and cross-cultural communication. His expertise spans 40 years of facilitating global K-20 education and multi-regional business development. He has led multi-site organizations nationally, conducted marketing and outreach internationally, contributed to corporate board and organizational development, and has set up strategic relationships worldwide. David was born in Iran where he spent his early youth and developed a fascination for languages and cultures of the world. He holds four degrees from the University of Washington, including an MA in Higher Education with a specialization in Teaching English as a Second Language, an MA in Near Eastern Languages and Civilization, a BA in Linguistics, and a BA in History. 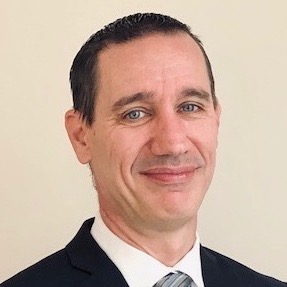 Jeffrey Puccini has a rich and extensive background in training, teaching, and learning of language. As a licensed SIT (School for International Training) TESOL trainer, and trainer of trainers, he has worked with a variety of organizations nationally and internationally. Entities using Jeff’s expertise in teacher training and curriculum development have been educational institutions, private organizations, and governmental agencies, including the U.S. Department of State. His professional work spans many institutions across the U.S. and abroad, including El Salvador, Korea, Thailand, and Venezuela. Jeff’s professional interests include digital learning, reflective practices, and the science of learning. His BA is in literature and MA in Teaching English as a Second Language.  He is proficient in Spanish and is currently and actively working on Thai.

A native of Colorado, Shaima Shahbaz has held various management posts in the US and abroad. After obtaining her BA in Sociology from the University of Colorado in Boulder, she volunteered as a project manager for the nonprofit Afghans4Tomorrow in Afghanistan. Her experience in Kabul inspired her to enroll at the U.N. University for Peace in San Jose, Costa Rica. With an M.A. in Responsible Management, she then worked with the nonprofit BeadforLife, conducting research and managing projects in rural Uganda. Having served at INTERLINK since 2012, Shaima has worked in various capacities including as Project Manager, Communication Director, and Assistant Director of the INTERLINK institute at St. Ambrose University. As Executive Director, Shaima brings a strong appreciation for and commitment to INTERLINK’s vision, mission, and ethos of service. 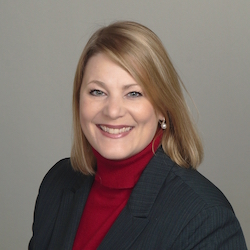 Jennifer gained extensive experience in the INTERLINK project-based curriculum as a teacher, academic coordinator, and institute interim director. She now leads INTERLINK’s Curriculum Committee and provides support for teaching teams across INTERLINK’s national and international institutes. As a certified senior professional in human resource management, she is able to connect educational leadership with organizational management. In addition to an M.A. in Intercultural Studies and TESOL, she received additional training in experiential learning and intercultural skill development at the Summer Institute of Intercultural Communication. Prior to joining INTERLINK, Jennifer taught English in Harbin, China at Northeast Forestry University (five years) and Harbin Engineering University (three years). Two additional years in China were spent in an intensive Chinese language program at Northeast Normal University in Changchun, China. In her spare time, she enjoys music, reading, writing, movies, keeping up with friends, running, cooking, and practicing her Chinese and Spanish. 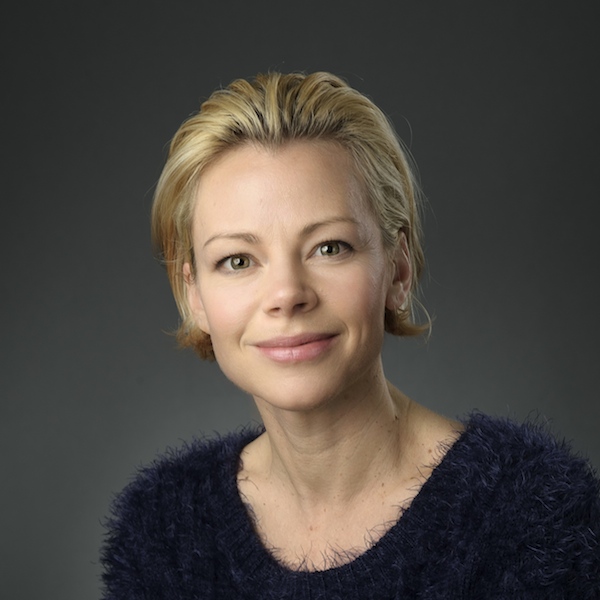 Growing up in rural Nebraska and Montana, Valley Peters acquired wanderlust at a young age as she dreamt of far-flung places. A study abroad program in college to New Zealand ignited her plan to pursue a lifetime of traveling and learning about other cultures. A stint as an Americorps volunteer ESL instructor opened the door for combining travel and culture with her love for learning. Outside the classroom, you’ll find her dabbling in artistic pursuits, hiking, hanging out with her daughter, and listening to Tedtalks.Valley has taught in Japan, Mexico, and in the United States in a variety of settings. Her love for the outdoors led her to Jackson, Wyoming where she spent 10 years at a non-profit developing literacy programming for adults, training ESL tutors and teachers, and eventually acting as the executive director. Her professional interests include learning-to-learn strategies, reading development, reflective practice, learner efficacy, and intercultural competence. She has presented at conferences in Japan, Wyoming, and Washington on “constructive chaos” in the classroom, group discussion skills, reflective practice, participatory pedagogy, training ESL tutors, and advanced reading strategies. 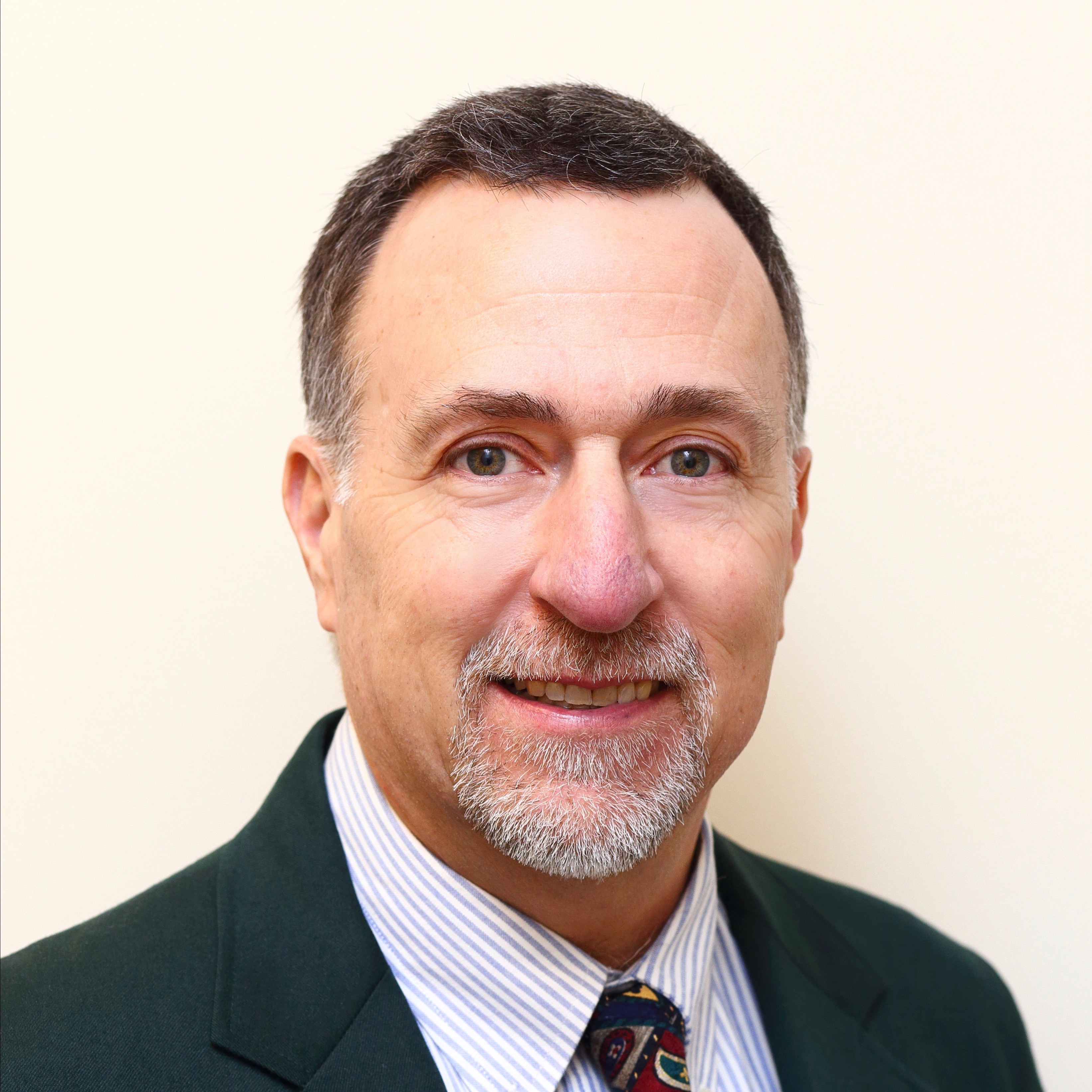 Tim has been active in the field of ESL for fifteen years as a teacher and administrator. He holds an MA in Teaching English to Speakers of Other Languages from Seattle Pacific University and a BA in Russian from the University of Montana. As a college student, he studied in the U.S.S.R. and subsequently lived in Russia. Tim has published and presented on the topic of authenticity in the language classroom and presented on authoring websites to promote writing skills and using wikis in teacher training. His interests include action research, curriculum development and teacher training. He enjoys working with INTERLINK and SPU staff to assist students in optimizing their opportunities for learning in the multi-cultural environment of Seattle. 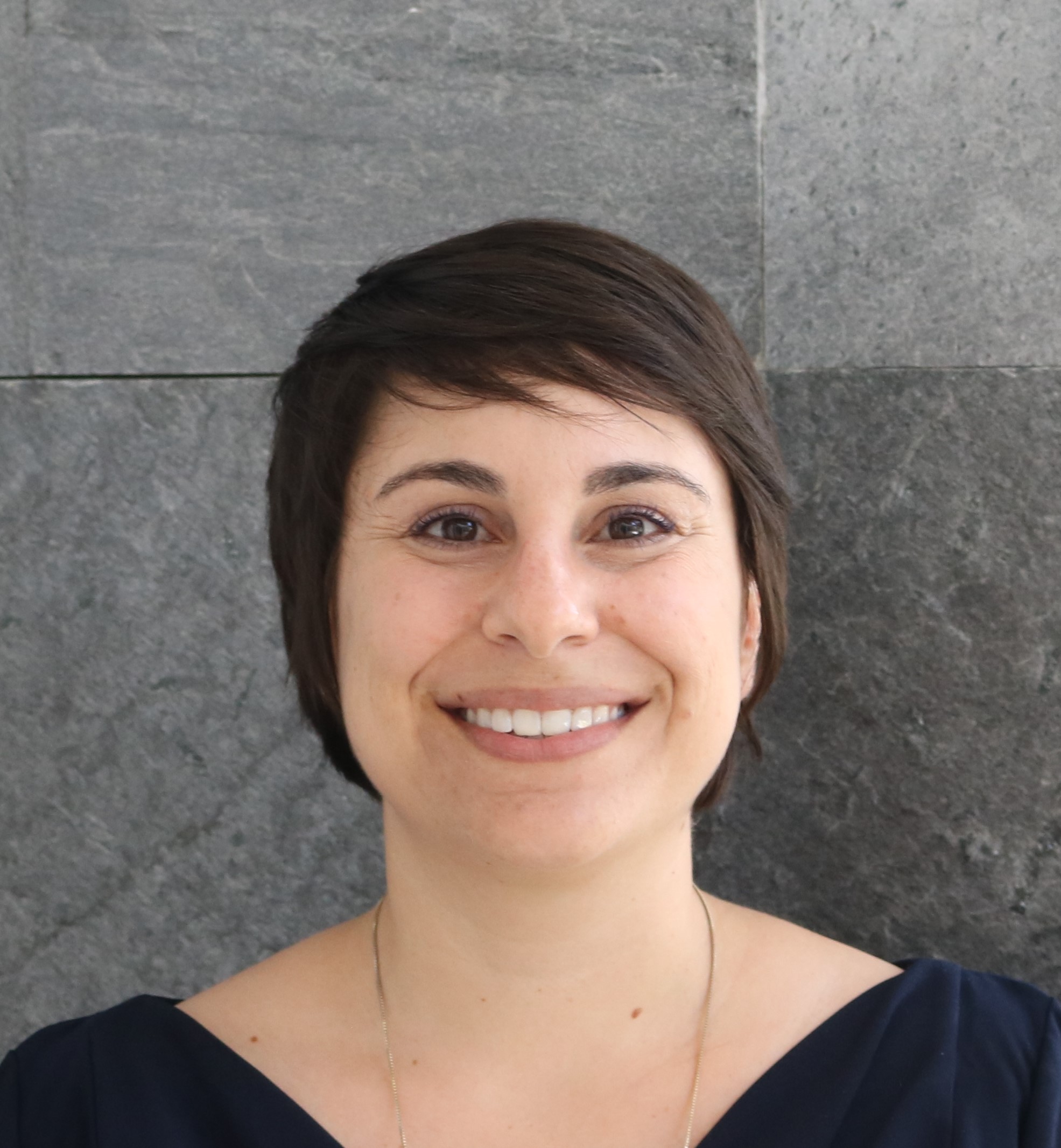 Giovanna taught English and German in Mexico and in California for five years before joining the INTERLINK teaching staff. Having grown up in the San Francisco Bay Area, she counts herself as a California native but relocated to Greensboro to teach English at INTERLINK in 2013. She holds a B.A. in German Studies from the University of California Santa Cruz and a Masters in TESOL from the School for International Training in Brattleboro, Vermont.  Giovanna enjoys teaching and learning languages. 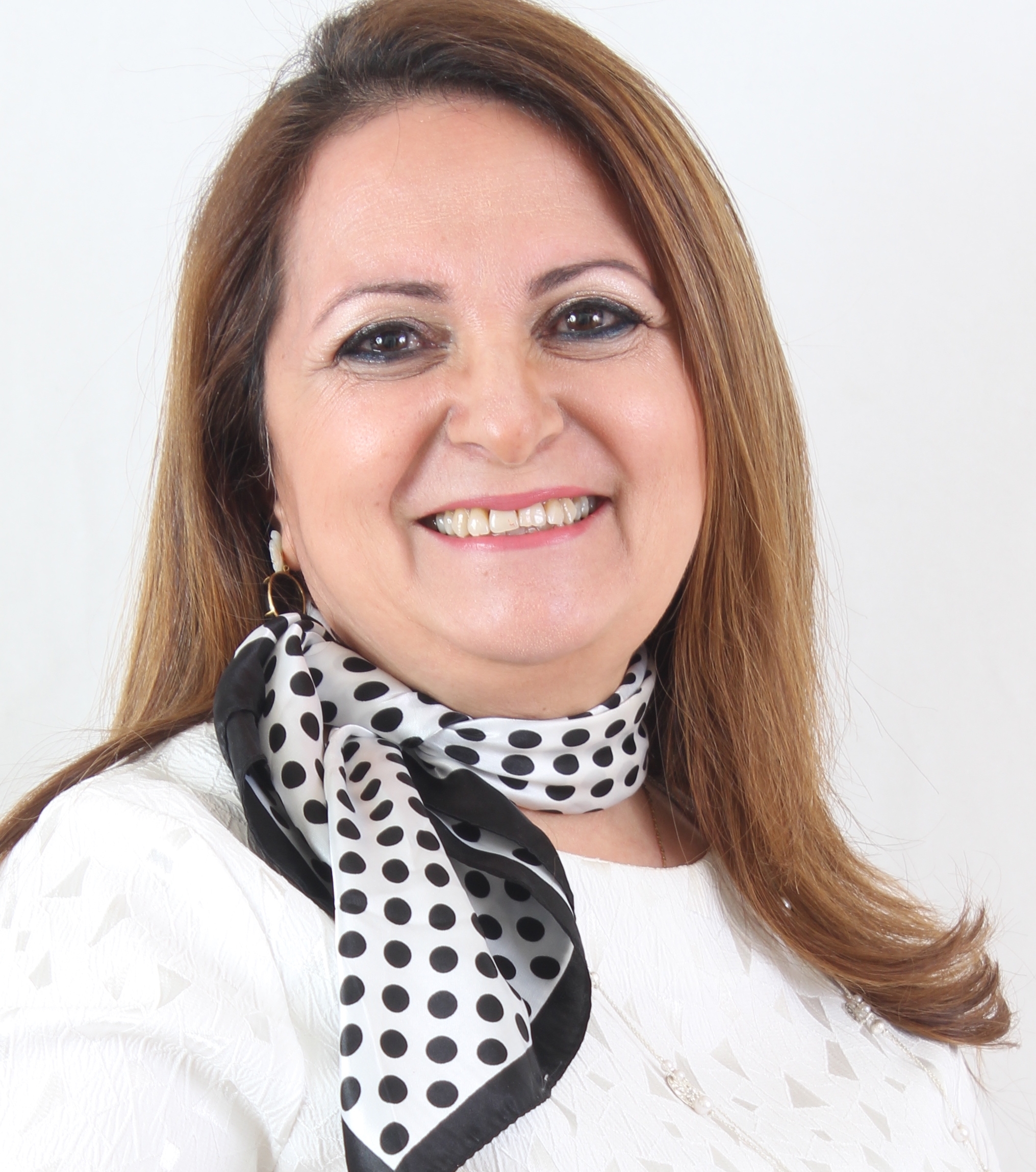 Nebila oversees both the Women’s and Men’s Divisions at the university as well as all outreach programs offered by INTERLINK. With MA and PhD degrees in Applied Linguistics from the University of Manuba (UM), Tunisia, and as Assistant Professor in Applied Linguistics at UM, she has lectured on Curriculum Development, Applied Linguistics, English for Specific Purposes, and TESL/TEFL Methodologies at both the undergraduate and graduate levels. During most of her tenure, she has been involved in facilitating different pre-service and in-service teacher training programs. An active participant in international conferences in TESOL, TESOL ARABIA, the Maghreb Conference, and INTERLINK’s various, annual ELT International Symposia, she enjoys training, research, and writing. Her articles have been published in English for Specific Purposes, ITL Review of Applied Linguistics, CALL-EJ and English Teaching Forum. Her book “Understanding Reading in a Scientific Context: A Genre-based Approach” was published in 2010 (VDM). Nebila is fluent in Arabic and French. 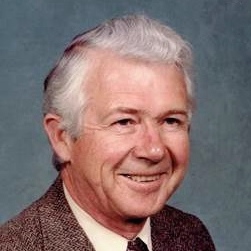 Founder and Chairman, Robert Steiner had extensive experience in the field of cross-cultural training and international education. He  held key posts in leadership, management and training in the U.S. and abroad; was Director of Cross-Cultural Training and Research at the University of Hawaii; served as Director of the Fulbright Commission in Iran; at the request of Sargent Shriver, President John F. Kennedy’s brother-in-law, started and directed the Peace Corps programs in Afghanistan and Iran, and was later promoted to Peace Corps Regional Director for North Africa, Near East, and South Asia; worked as Executive Director of New Jersey Education Consortium; and was a consultant at the United Nations. As a chief executive officer of government agencies and private institutions, Robert managed and promoted world-wide educational and training projects. He held an M.A. in International Affairs from Columbia University and a B.A. in Mathematics and Physics from the College of Wooster. He was listed in Who’s Who in America. Robert spoke Farsi and French.