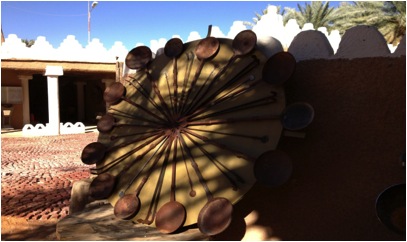 Today there is no debate about whether language learning can take place in the context of using social-media tools and campaigns. At TVTC/INTERLINK in Saudi Arabia (KSA), we turned to Instagram – an online, photo sharing and social networking service – to launch the first, site-wide photo competition this past May.

Our students did not need their bulky, laptops or even their slighter tablets to maneuver and manipulate images. All they had to do was point and shoot photos with their phones. Students then published their material (photos, captions and in some instances, expanded descriptions) on Instagram and used hashtags (#). In KSA we often find ourselves working against phones rather than through them since they are often used inappropriately by students during lessons. At some of the female campuses, recording devices on phones are banned altogether.

Rather than ban mobile phones, the INTERLINK/TVTC Photo Competition decided to embrace them. To this end, to “point and shoot,” became a freeing experience both for the language learner and the language facilitator. Students further had the opportunity to capture their subjects, ideas and emotions in real-life contexts over the weekend.

A student from AL Jouf Men’s Campus won the judge’s pick for Best Photograph. His teacher, Cedric De Lisser, commented about the photo: “The photo was taken during a visit to Jubba near Hail. It was taken on account of the artistic arrangement of coffee-roasting pans and the contrasts between light and shadow. The whole process taught the student to see visual beauty and art in a whole new way.”

The ease of use and accessibility of mobile phones allowed students to capture what might otherwise appear as mundane or everyday occurrences in the KSA, whilst at the same time provoking conversation on the subject in his/her social setting. Fatimah Saad, from the Jeddah Women’s Site, received an honorable mention for her photograph of a worker going about his daily tasks. 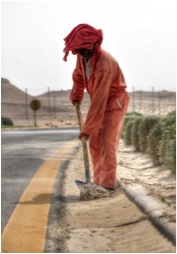 “I took this picture because it shows how life is hard, and how it’s different from one person to another. This picture was taken when I was going to the beach on Ubhour Road and I saw this man next to a petrol station. We should always remember that migrant workers leave their families and countries for a living, so respecting those workers and always helping them will make them feel safe, happy and in a secure work place.”

A striking portrait that won the Most Creative Photograph was from a student in Robert Hunter’s class at the Tabuk Men’s Site. 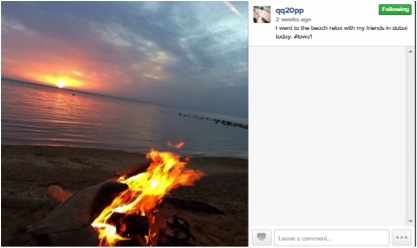 “When I spoke to Amer about his photo, he told me he loves this time of day, when the sun is rising and there is nothing better than to share a moment like this with some friends over a cup of coffee. Amer was drawn to taking the picture because the colors of the sunrise seemed to be reflected in the fire that they had made on the beach, and this struck him as particularly beautiful,” said Robert.

Through this site-wide photo competition, we were able to join dissimilar bits of photographs and sentences from our disparate campuses across the country. For the first time, our students were able to collaborate and enter into conversations with each other.

Natasha Moodley is a Site Director at the INTERLINK/TVTC Women’s Program in Jeddah, Saudi Arabia. She loves playing a role in language learning and acquisition. She’s an avid reader, writer and runner.

Other Photos in the Special Mention Category: 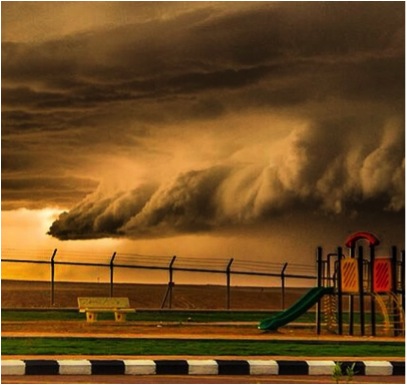 Arar Men’s Site- Big clouds are in the sky over my city. It’s going to rain! 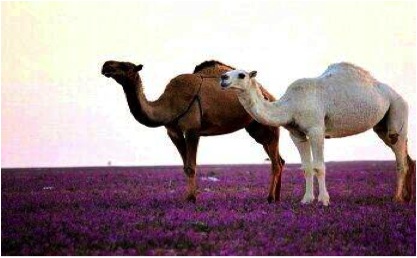