Jordanian student a published author at 15 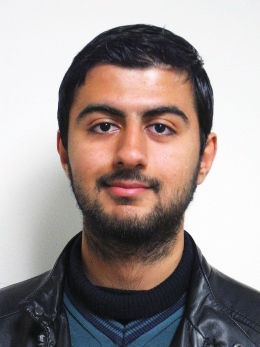 Fuad Banisalameh, 19, is successful author, publishing his book at the age of 15.

This is the first in a series of articles featuring international students at Richland.

There are 109 different countries represented on this campus and at least 79 different languages spoken. The Chronicle would like to acknowledge and celebrate Richland’s unique and rich diversity.

Richland student Fuad Banisalameh, a 19-year-old from Zarqa, Jordan was already a published author in his native Jordan when he enrolled at Richland to pursue a degree in engineering.

Banisalameh was only 15 when he wrote his novel, “The Cold Walls.” He then had to convince the Ministry of Culture that he was indeed the author of the novel before it could be considered for publication.

The ministers initially greeted him with skepticism. “A group of trained writers who had read the novel refused to believe it was written by a 15-year-old,” Banisalameh said. “They felt the plot was too well-developed for such a young author.” After meeting with ministers for an hour and a half, Banisalameh prevailed and convinced them to allow his book to be published. They advanced him money to help cover the cost of printing 1,000 copies of the novel. According to Banisalameh, the 168-page novel “… was described by the Ministry of Culture as one of the most interesting works they’ve ever read. It’s the thing that makes me most proud of this work.”

In some ways, Banisalameh’s publication struggle mirrored the struggles of his hero in “The Cold Walls.” The story is set in Paris at the beginning of the 19th century. The misery of poverty is widespread and Redick, the main character, is a 12-year-old homeless boy. The proprietor of a homeless shelter finds him hungry and exposed to the elements in front of cold walls that offer no comfort.

The kindly man adopts Redick and provides a warm home and education for him. Jealousy ensues. Redick’s adoptive father is killed and Redick subsequently finds himself accused of the theft of an expensive watch and is sent to prison. Upon his release, he cannot return to school or find a job because no one will believe in his innocence. He ends up back on the cruel, cold streets where he was found 15 years earlier and dies from hunger and exposure in front of the same cold walls. Fortunately, Banisalameh’s story had a happier outcome than that of his hero.

“The Cold Walls” was written during the 14 days between the fall and spring semesters of school. He spent 14 to 18 hours each day working on the novel that he had been developing in his mind for a month prior to the commencement of the writing.

Banisalameh regrets that the book isn’t yet translated into any other languages. “I dream one day to be able to translate it into English,” though he went on to say, “In my opinion, Arabic is more interesting than English … it is a flowery language and any imagery a man may imagine can be described in Arabic in a very eloquent way.”
Banisalameh’s family supported him in his literary pursuits when he first started writing Arabic poetry at the age of 12. They were very supportive when he began writing the book, and were extremely proud of his accomplishment when his novel was cleared for publication.

Banisalameh said he came to Richland by way of Indiana State University where he was enrolled in the Interlink Language Center for eight months to study English to augment the 12 years of English instruction he received in Jordan. Even though English is a required subject in the Jordanian school system, it is taught in Arabic by Jordanian teachers, so apparently the curriculum is weak and focuses on reading comprehension and grammar, not the spoken language.

Banisalameh is continuing his literary pursuits in the U. S. by writing poetry, sonnets to be specific. And more impressively, he’s writing them in English. He doesn’t have any plans to write another novel right now. “These days I am trying as much as I can to focus on studying more than enjoying any other activities,” he said.

He is the oldest of four children. He has one brother and two sisters who live with his mother in Zarqa, Jordan, which is 25 kilometers northeast of Amman.