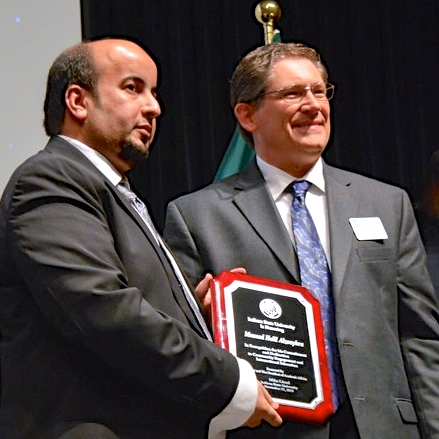 Musaed Alzouyhra, a goodwill ambassador to the United Nations who is active in real estate as well as service in Saudi Arabia, has pledged $200,000 to support international education and community engagement programs at Indiana State. Abdullah Dokhan, a Saudi businessman, and Hazim Allihyan, president of Jehan Corporation in Saudi Arabia, also pledged $10,000 each to the cause during a recent visit to campus…

“It’s like bringing my two families together, having my Saudi family here with my ISU family,” said Alyaa Malibari, president of Indiana State’s Saudi Student Association which learned that it was ranked 11th out of 330 associations nationwide by to the Saudi Arabian Cultural Mission. “It was an honor to have ISU named No. 1 in the nation in community service, and now we’re super happy to have a person who supports Saudi groups honor us with his continued support. It’s a celebration of each other.” Read the full story at Indiana State University Newsroom. 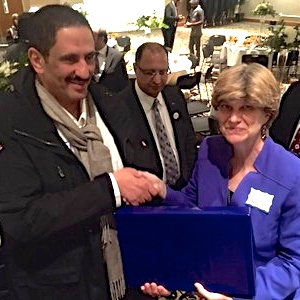