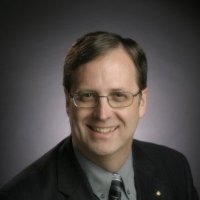 In the Eye of the Storm: Reflections on my way home from Washington, DC by David Woodward, President at American Consortium of Universities

What many refer to as a “surreal” week in the U.S. is particularly striking to see from the air as I fly between the political poles of Washington, DC, and Seattle, Washington.

This past week on Thursday I flew to Washington, DC, to attend the Winter Leadership Meetings of NAFSA: Association of International Educators. In our 4 days of meetings our national leadership engaged in planning for the coming year, preparing for our national convention in San Diego in late May, and all aspects of support and promotion for international educational exchange worldwide. And as we met we began to absorb a rising tide of news reports regarding a new presidential executive order banning people from multiple countries from entering the U.S. Our leadership team could not be engaged in an activity more diametrically opposed to that executive order given our 70-year history of advocating for open borders and open societies worldwide. Meeting in DC where there is a cascade of protest marches and rallies from day to day, one senses a kind of fatalism about events, a sense that the center of the political sphere is wobbly. A great many colleagues in education are experiencing shock and deep foreboding.

Meanwhile in press conferences from Washington State one sees a series of political and corporate salvos and declarations against the new administration coming from the Governor, the new Lt. Governor (himself an Iranian-American), the Mayor of Seattle, the founder of Starbucks, and various other leaders of the tech industry weighing in to defy and criticize the executive order – reminding me of Patrick Henry’s “Give me liberty or give me death!” On some news stories maps of North America appear with Washington State or the entire West Coast appearing as part of an expanded Canada. The international educators and small business leaders in this rapidly expanding economy likewise give voice to defiance based on a conviction that international education and international trade is the lifeblood of the region. As I fly back to Seattle I can’t help but feel that the bifurcation of U.S. society is growing. Tough talk from the political right about “getting on board” with the new administration seems to serve only to be hardening the resolve of opponents.

The basic dilemma of U.S. society is that it is indeed becoming two nations, one based on the winners of the past and one based on the emerging winners of the globalizing present and future. In this article, the President of Harvard, Dr. Drew Faust, explains the impossibility of differentiating legitimate members of society by their ethnicity or national origin. This was long the basis for tribalism and nationalism, but makes no sense in a world that is inextricably interwoven. President Faust comments:

“Nearly half of the deans of Harvard’s schools are immigrants—from India, China, Northern Ireland, Jamaica, and Iran,” she wrote. “Benefiting from the talents and energy, the knowledge and ideas of people from nations around the globe is not just a vital interest of the University; it long has been, and it fully remains, a vital interest of our nation,” she continued, in an email that urged the Trump Administration, Congress, and court system to reconsider the order.”